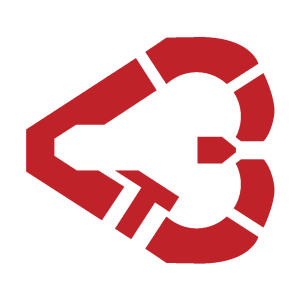 Jeff Anderson, A cursed ring, pop culture references everywhere you look. Point-and-click game Randal's Monday looks like it could take you on an enjoyable journey. Join us as we take a preview look!

When I think of the name Daedalic Entertainment, I can’t help but think of point and click adventure games. But when the company is behind games like the Deponia series, Night of the Rabbit and of course Machinarium, it’s easy to see why. At Gamescom one of the games we were lucky enough to check out was Randal’s Monday, a game being made by Nexus Game Studios and published by Daedalic.

Randal’s Monday tells us the rather odd tale of Randal, a degenerate that ends up stuck in a groundhog day-esque loop due to stealing a wedding ring from his friends. Being honest when I first heard the premise for the game, I felt that I was looking at just another point-and-click game with a quirky story, but the more I saw of the game, the more I felt that this wasn’t only untrue, it was also unfair on Randal’s Monday.

This game is one for the “Clerks” generation it would seem as Enric Costa, CEO and Founder of Nexus Games Studios tells us that they were influenced by Kevin Smith movies and had worked closely with Jeff Anderson (Randal Graves in a lot of Kevin Smith movies) to not only get the feel of the game right, tweaking the script to add slang so the game flows better, but also Jeff would be voicing Randal. This was a point of pride for Enric, to have the voice of Randal, playing Randal in his game.

The game starts with Randal enjoying his Sunday night with friends, drinking and enjoying themselves, as the night goes on jokes are made about how the ring is cursed and it’s dangerous (standard wedding jokes inserted here) and Randal either being a drunken pain or a caring friend depending on which side you want to view it from decides to steal the ring from his friends and start his journey down this cursed path, including a thunderclap when he steals the ring (and subsequently any time the “curse” on Randal starts worsening).

As the “week” starts, Randal is met with the ill fortune of losing his job, which means he needs to find another way to make rent, given he has a shiny ring he decides he’ll pawn it as his friends don’t know he has it and what’s the worst that could happen. The humour that the game has decided to go with starts to show fully at this point, as Randal is joined by an angel on one shoulder and a devil on the other. While the angel is trying to tell Randal to do the right thing, the devil simply turns up and threatens the angel who responds with “That bastard has a pitchfork and all I have is a harp? I demand a flaming sword!”

This to me came as a bit of a shock, I’m used to language in video games, but I can’t remember the last time I heard it in a point-and-click game. It didn’t feel overly crass to me though, and actually worked very well, in getting across the point, I mean if someone is holding a pitchfork and threatening you while all you have is a harp to defend yourself, wouldn’t you be a little annoyed?

Randal pawns the ring, which is met with another clap of thunder and goes about his day, until he finds out that his friend has committed suicide at the loss of the ring, Randal heads over to his apartment and is greeted by police and the grisly sight of his friend with his head in the oven, sadly things didn’t quite work out the way he had planned as it turns out the oven was electric not gas, while this didn’t stop him from death, it did make things rather messy in the kitchen. The rest of the day was skipped, to not give away too much of the other parts of the story, and we were then greeted by Randal waking up again on Monday. This time his friend had killed himself with the blender, rather than the oven.

It seemed story wise, that Randal could make changes that would persist through the daily reset and this was how he could change things, and would be how Randal can progress the story. Enric then showed us some of the other things that play out throughout the game and showed us how much detail goes in to the background scenes. He mentioned that there could be up to 60 references to find in some of the shots, and while I’m not sure if that number is true, in some of them I simply couldn’t count them all, references to movies, tv shows, and more were everywhere to be seen including a meeting with Jay and Silent Bob taking place which Enric was hopeful to have Jason Mewes voicing the role of Jay in the game as well.

My only concern is that it might be all too easy for Randal’s Monday to fall in to the trap of “odd logic”, that requires you to rub everything in your inventory against everything else in the world to see what strange connections can be made. And while there might be one or two moments where Randal’s Monday will fall foul of this,  as long as it doesn’t do it too often, it could be an interesting point-and-click game that can take a genre that at times can feel a little dry, stale, or infuriating and breathe a bit of life in to it.

Unable to juggle or whistle, Dave handles the PR side of things at LT3 and also is one of the main content creators for the site. Which means if something's crap, you can most likely blame him.